LEO MOVIE WITH THE MARTINI AND THE GOLD LINES"

A not-soon-forgotten design era thrives as the backdrop for a star studded evening of glamour and gimlets as hosted by Gatsby, the oh so Great.

Art Deco has become something of a buzzword. It's fashionable jargon we throw around ever so loosely to describe shiny home decor that finds itself in a hybrid of age and opulence and while that does checkout, there is so much more to the era of Art Deco and what qualifies it.

The Test of Time: The age of Art Deco spans from the late 1800's through to the early 1950's believe it or not from ornate cherub accents to arches and empire lines. However, it's only a small fragment between 1920 and 1930 where our favourite details in its design portfolio are most prominent; the glimmering Gastby-esque nods as expressed through geometric pattern motifs and streamline moderne architecture.

The Recipe: A mix of modern and luxury, this chapter of Art Deco was known to include pricey components among finely detailed craftsmanship, though concluding at a very modern and minimalistic result. For example, furniture would be known to incorporate ivory or marble inlays among bronze or stucco bases while jewellery might present in the form of diamonds surrounded by jades or other precious gems giving it a busier, more mosaic look.

"The incorporation of Art Deco is part finding the right piece, part being ready to embrace it's edgier textures, colours and shapes as decor you'll be seeing daily."

Bringing an Art Deco aesthetic into your home is not hard, but keeping it at bay might be. The incorporation of Art Deco is part finding the right piece, part being ready to embrace it's edgier textures, colours and shapes as decor you'll be seeing daily. With the toughest step always being the first, a marble coffee table and mirrored pedestals might follow with ease after that first gold wall sconce is installed.

If our recent post about bravely building a space around a striking wallpaper (read it here!) gave you the willies, then start small. A tantilizing Art Deco print like the one used by maximalist maven @theelectricpenguin in this bold 'n gold powder room is a great place to begin, but its not for everyone. Building your new vibe around something of smaller scale, like the opposing wall mirror with heavy linear detail multiplying in gold with a black underlay can offer the same strong starter statement without swallowing you whole in the midst of washing your hands. 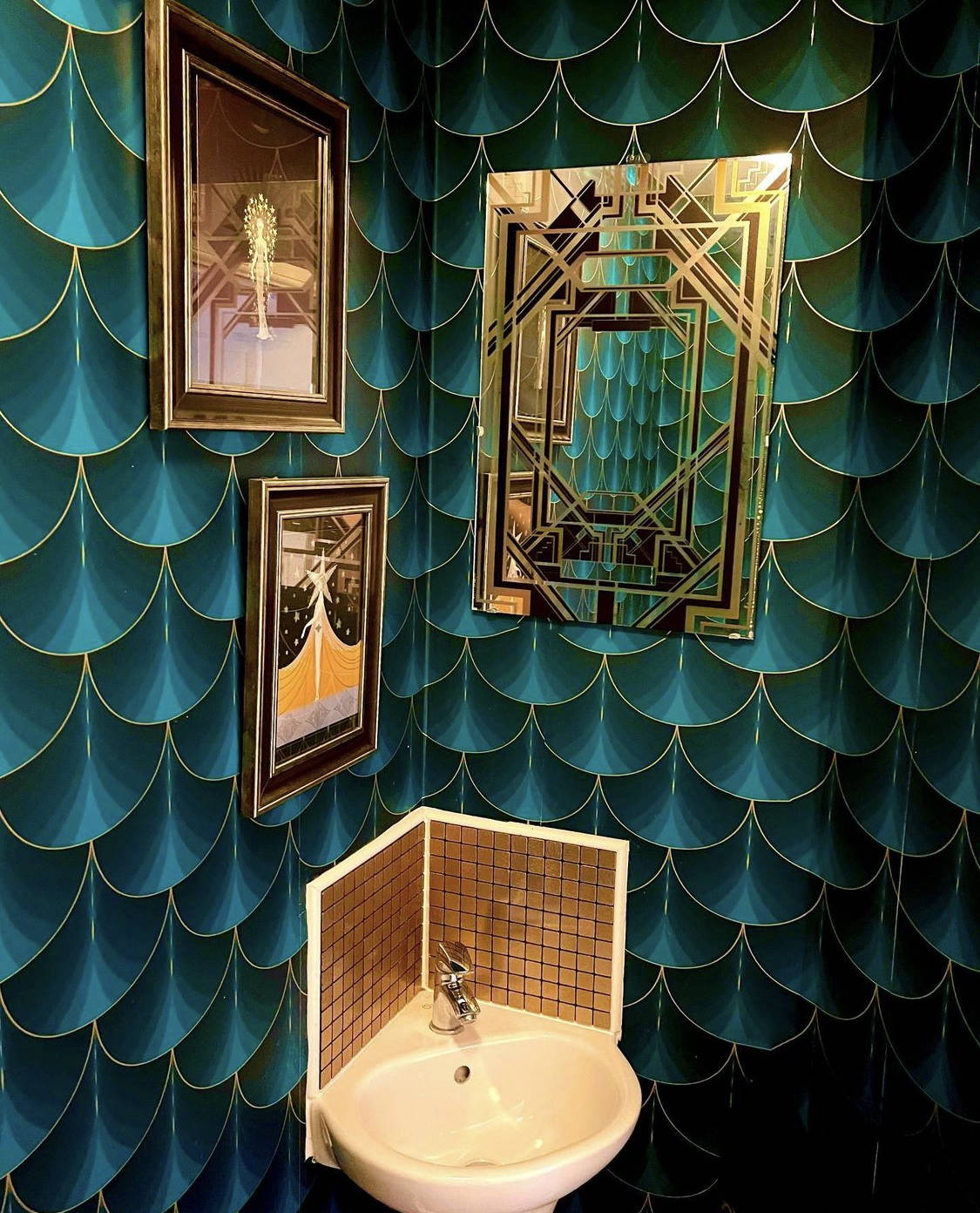